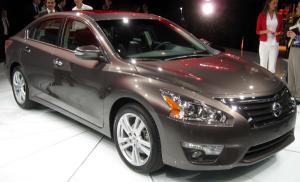 2013 has been a good year for car dealers, with sales making a very strong comeback even as manufacturers have tried to hold the line on keeping incentives down to improve residual values for their vehicles over the long haul.  There were a number of special lease programs and purchase incentives in June and there’s still time (a few days) to take advantage of some of these from Ford, GMC, and Honda.  Most brands are also likely to continue offering similar incentives to keep sales up over the summer. In addition, new models will be rolling out soon so watch for deals on 2013 models to start coming out within the next two months.

If you’re looking for a deal this July check out these purchase specials.

Nissan rolled back pricing on several vehicles earlier this year and now they are offering incentives on the 2013 Nissan Altima, already ranked # 5 of 20 affordable midsize cars by US News & World Report. The 2013 model was completely redesigned with increased fuel economy and an overhauled, upgraded interior.

BMW brought the small crossover vehicle to market in the U.S. with this model and it’s one of the only rear-wheel drive small crossovers available. It is BMW’s most affordable model and promises performance you’d expect from a BMW in a 5 passenger SUV.

U.S. News & World Report ranked the 2013 Subaru Outback #1 of all wagons. Slightly shorter than a true crossover the Outback offers the utility of an SUV with the drivability and fuel economy of a sedan. It’s also a IIHS Top Safety Pick for crash test performance.

Use the CarClearance.com tool to find your next car and keep coming back for the latest news.