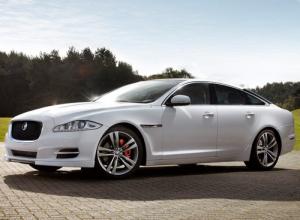 With the onslaught of car advertising on television before the holidays you would think that everyone must be out buying cars this time of year. Even if you aren’t planning to put a set of car keys under the Christmas tree this is a good time to shop for a new car for yourself or your family. Dealers are still dropping prices on the 2013 models and trying to hit calendar-year sales targets.  Incentives have been very strong this year with new car prices actually falling in November.

Forbes put together a list of 16 of the top deals for December:

1.    2013 Jaguar XJ – This luxury sedan tops Forbes’ list because Jaguar is offering up to $12,000 in additional dealer discounts. The XJ is available with either a supercharged 3.0L V6 or a supercharged 5.0L V8 that puts out up to 510 hp in the XJL Ultimate package.

2.    2013 Jaguar XF – A step down from the XJ, the XF offers impressive performance with a choice of five different models with a 2.0L turbocharged four, 3.0L supercharged V6, or 5.0L supercharged V8. Jaguar is offering up to $7,000 in additional dealer discounts for the XF, making it a great buy for those looking for mid-sized luxury.

4.    2013 Volkswagen Tiguan – Volkswagen is offering up to $4,750 in additional dealer discounts or 0% financing for 60 months on the sporty Tiguan crossover SUV. With a turbocharged engine and impressive interior space the Tiguan also delivers up to 26mpg highway.

GM has some incredible incentives going on to finish the year strong. Ford also has deals this month as do Chrysler and Dodge.  For the full list from Forbes click here.  If you’re ready to shop for a new car let CarClearance.com help you compare the best new car deals from local dealers to find your next vehicle.