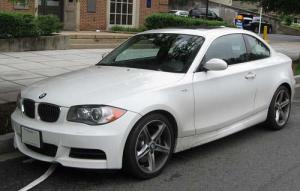 Ever since Consumer Reports named the Tesla Model S the “Best Car They’ve Ever Tested”, car buyers have wondered how they can get a top scoring car without spending $90,000 and up to get a Tesla of their own.  Thankfully, just ahead of the “Best of the Year” issue Consumer Reports has released a list of 12 cars that all scored over 90 points on their ranking scale and all merit a look as a top buy.

The Tesla Model S scored a 99 on the battery of tests with the only drawbacks mentioned being tight access for the rear passengers and limited visibility in some areas.

Audi A7 3.0 TDI – The A7 scores 96 on Consumer Reports’ list with high marks for the smooth ride and luxurious interior.

Chevrolet Impala 2LTZ – Landing in fourth place with a score of 95 is the Chevy Impala, which is now a large sedan with a quiet, cushy ride and roomy interior.

Infiniti G37 (sedan) – The G37 also received a score of 95 with praise for being agile and fun to drive. High-quality materials and easy-to-use controls in the interior space add to the reasons this car makes the top 5.

Toyota Camry Hybrid XLE – One of 3 cars with an overall score of 93, the Toyota Camry Hybrid XLE scored well for fuel economy, powertrain options, and responsive handling plus better than average reliability. Poor results in the IIHS small-overlap crash tests have resulted in Consumer Reports withdrawing their recommendation for all Camry vehicles.

The rest of the list includes additional Audi, Infinity, and Toyota models, as well as Lexus and Hyundai. The least expensive model to make the top 12 is the 4 cylinder Toyota Camry Hybrid and the highest price vehicle is the Audi A8 at $91,275 as tested. Half of the cars come in at under $40K.

For the full list and more information about each model click here. CarClearance.com can help you find any car you’re looking for, new or used, and match you with dealers and sellers to get you the best deal.