Gas Prices Rising for the Summer 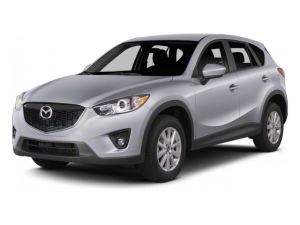 July marks the peak of the summer driving season and the national average price for a gallon of regular gasoline is $3.67, up from $3.55 just one week ago, according to the AAA Daily Fuel Gauge Report. A month ago, the price of gas averaged $3.60 per gallon nationwide. CNN Money reports that domestic refineries are operating at full capacity so any shut downs for repairs or summer storms will tighten supplies and cause prices to rise further.

There has been a trend in car buyers purchasing new cars with better fuel economies over the past few years and manufacturers are offering incentives on new cars with great fuel economy to save you money at the pump.

Mazda is offering the 2014 Mazda CX-5 compact SUV for $299 per month for 36 months with no money down and no first month’s payment. 26/35 mpg city/highway with seating for 5 make this a great option for passengers and cargo.

Volkswagon is offering zero percent financing for five years on all diesel powered models. Diesel offers more power for better mileage but diesel fuel has been running $0.20 more per gallon than regular gasoline.

Ford is offering the 2013 Ford Focus with zero percent financing for three years and $1,500 cash back. With the SFE (super fuel economy) package, the Focus earns an EPA fuel economy rating of 28/40 mpg city/highway.

Toyota is also offering deals on the 2013 Prius with zero percent financing for up to five years. The Prius is rated at 51/48 mpg city/highway.

Keep watching CarClearance.com for more monthly deals and get ready for the new 2014 models in the next few months.