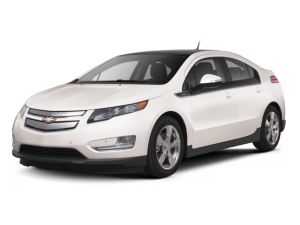 With gas prices rising and the electric car market becoming increasingly competitive, General Motors is offering huge incentives to sell more Chevy Volts. The Volt is a mid-size, plug-in car that can go nearly 40 miles on a charge, but also has a gasoline engine to provide power for longer drives and has a miles per gallon equivalent of 98.

Electric cars have not been profitable for most manufacturers but they continue to be important factors in meeting stringent government regulations.  California, the largest auto market in the United States, requires car makers to sell a certain number of plug-in cars if they wish to do business there or purchase Zero Emission Vehicle credits to make up for the difference.

Electric car pricing and incentives have been getting increasingly more aggressive as automakers try to improve sales of the cars to increase their brands’ overall numbers to meet EPA requirements.

Chevrolet dealers sold approximately 1,600 Volts last month, 4.3 percent fewer than were sold in May of 2012 while Nissan saw a large increase in sales of the Leaf electric vehicle. Nissan sold 2,138 Leafs in May compared to just 510 in 2012. Nissan is offering very low lease prices on the Leaf. The Leaf is available for $199 a month with only $999 down. Nissan also lowered the sticker price on the car as they moved production of the car from Japan to the United States. Nissan also made news in May when they substantially lowered prices on seven different vehicles in an effort to boost sales and improve online search rankings for their vehicles.

Honda also recently announced lower lease rates for its Honda Fit EV. The Honda Fit EV is an electric car that’s currently only available in California. The Fit EV is being offered for $259 a month with no money down. That price includes insurance, maintenance and unlimited mileage. Plus, Honda will provide a free home charging station.  Toyota is offering the best-selling Prius for $229 per month for 36 months with $2,420 due at signing on Prius Two.  With the new incentives the Chevy Volt is still at the upper end of the class as far as pricing but it should be more competitive.