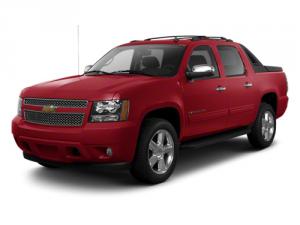 Holiday shopping is right around the corner and this is a great time for those who are trying to find a great car deal. There are still a few great deals out there for 2013 model clearance vehicles and manufacturers looking to finish the year strong are offering great incentives on new models.

Here are 7 great deals available at least through December so if your Thanksgiving plans include shopping for a new car you are in luck:

2013 Chevrolet Black Diamond Avalanche – This is the last model year for the Chevy Avalanche so they’ve put out the Black Diamond Edition as a special sendoff. This model features special badging and new exterior colors and also comes standard with remote engine start, rear vision camera, and power-adjustable pedals. GM is offering $2,000 cash back on this model through January 2, 2014.

2013 Mazda5 – The Mazda5 is a compact minivan with seating for 6 and 28mpg highway. It takes up about the same parking footprint as a compact sedan so you get a lot of passenger and cargo space without having to drive a huge vehicle. Mazda is offering $2,000 in customer cash back this month through December 2.

2014 Chevrolet Malibu - The midsize Malibu is available with a number of engines, including a standard 2.5-liter four-cylinder, an Eco mild hybrid model, and a turbocharged model. MSRP starts at $22,140 and qualified buyers can receive $2,000 in customer cash now through January 2, 2014.

2014 Chevrolet Suburban – Chevy is also offering incentives on their big SUVs with savings of $2,000 on the Suburban and Tahoe and $2,500 on the fully-loaded Denali trim. These big SUVs use a lot of fuel but they can also handle a lot of cargo or towing. Incentives available through January 2, 2014.

2014 Ford Mustang – Ford is offering $1,000 cash back through Jan 2 on either the 420 horsepower Mustang GT or the V6 premium with add leather seats, a MyColor customizable interior lighting system, a universal garage-door opener, an upgraded Shaker sound system with subwoofers and Sirius satellite radio, and Sync hands-free calling. The Mustang is one of just a handful of cars that still comes standard with a 6 speed manual transmission offering a powerful driving experience.

2014 Dodge Challenger- Not to be outdone by Ford, Dodge is offering buyers of the Challenger or Charger $1,000 cash back through January 2. The Challenger is a modern muscle car with three engine choices delivering up to 470 horsepower from a 6.4L HEMI V8. The Charger adds another set of doors for a powerful sports sedan that also gets good fuel economy.

CarClearance.com can help you find the best deals on any car you might be interested in and match you with local car dealers to find your next car. If you’re shopping for a new car this Thanksgiving these incentives are a great place to start and they’re available now through after the long holiday weekend.