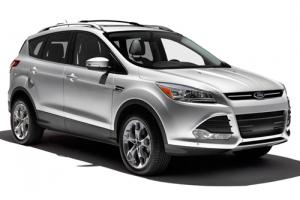 Fall is generally a great time to go car shopping with models from next year starting to make their way onto dealer lots and dealers making terrific deals to close out this year. 2013 is no different with loads of incentives and great deals available for those shopping for a new car. The best deals right now are on the 2013 models. The editors at Kelley Blue Book have put together a complete list of the top 10 deals for October, 2013. Here are the top 5 deals:

2013 Ford Escape SE 2WD - The Ford Escape has been called one of the most fun to drive vehicles in the compact crossover segment. Ford is offering $2,750 cash back or 3.5% financing for 60 up to 60 months through the end of the year.

2013 Toyota Camry LE - The Toyota Camry was recently updated with improvements to styling, technology and fuel economy. The Camry is very popular with excellent resale values. Up to $2,000 in customer and bonus cash is available or 0% financing through November 4, 2013.

2013 Ford Flex SE 2WD – The Ford Flex seats 7 and combines some features of a minivan with SUV styling for a very unique vehicle. Ford is offering $5,500 cash back on the Flex or 3.5% financing for up to five years. Incentives expire January 2, 2014.

2013 Toyota Prius Plug-in – Toyota has great deals on the world's most popular hybrid. The plug-in has a range of 11 miles for short trips using electric only. Get up to $2,000 in customer and bonus cash or 0% financing through November 4, 2013 and save at the dealership then save even more on your daily commute.

2013 Ford Expedition XLT 2WD - The Ford Expedition is perfect for anyone still looking for a big, truck-based SUV. With 8 passenger seating, plenty of cargo room, and towing capacity up to 9,200 pounds this is a great choice when you have a lot of stuff to move or a large family. Ford is offering $5,500 cash back or 3.5% financing for 60 months through January 2.

For the rest of the top 10 list of October Car Deals including cars from Honda, Chrysler, and Dodge, see the full report on Kelley Blue Book.  When you decide on a new car let CarClearance.com match you with a dealership to get the best deals.