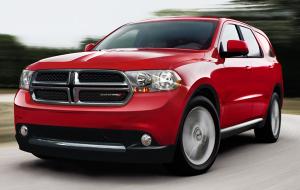 With only 2 more days left in April and tax returns in hand (or in the mail) now is a great time to take advantage of dealer incentives for April and get great pricing as car dealers make deals to finish the month strong and start making room for 2014 models.

Here are some of the incentives that are still available for the next 2 days and two bonus deals that will be around a bit longer.

$2500 Dealer Cash that can be combined with other financing and lease options.

0.9% Financing on 24 or 36 month terms though Acura Financial Services.

$1,000 Customer Cash for vehicles purchased with financing through Ally Financial.

$2,000 Dealer Cash and you can combine it with other offers but also only on purchases.

$3,000 customer cash incentive, plus $7,500 federal tax credit. The Volt can drive up to 38 miles without gas and only costs about $1.60 per day to charge, saving even more money down the road.

$2500 customer cash when financed through Ally Financial. It cannot be combined with 0% APR financing but it is available on all three trim levels.

$2500 Customer Cash when financed through Ally Financial. Not available for leases.

$2500 Customer Cash when financed through Ally Financial. Not available for leases but this is one of the best equipped 3 row SUVs and the offer includes models with the optional 360 horsepower HEMI V8.

$1,000 Customer Cash for vehicles purchased and financed through Kia’s finance company. With a starting price of $15,400 and good gas mileage, this is a very affordable vehicle.

0.0% Financing on 36 month terms for vehicles financed through Toyota Financial Services.  Several other vehicles also have financing options for 48 and 60 month terms.

Two more incentives from Ford that will last through the beginning of June:

Keep checking back for more incentives as summer approaches and the new 2014 models start hitting the lots.